On our YouTube Channel we will present you videos about our cultural peer-to-peer-approach in different countries and not only related to integration of young refegees and other outstanding Youth. 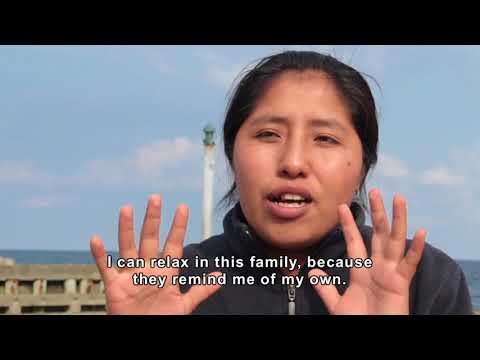 This video was produced in 2014 within the project „Strengthening Cultural Cooperation“ in which some of the actual project members participated. The film is about the tour of the Bolivian theatre group „Teatro Trono“ in Denmark. It shows the exchange between youngsters of different cultures, living in Danish families and the daily life there. And it shows some discussions between the Youth from Denmark and from Bolivia. The film is produced by to young ladies of the Bolivian group with this assistanz of our Danish friends of SPOR-Media. 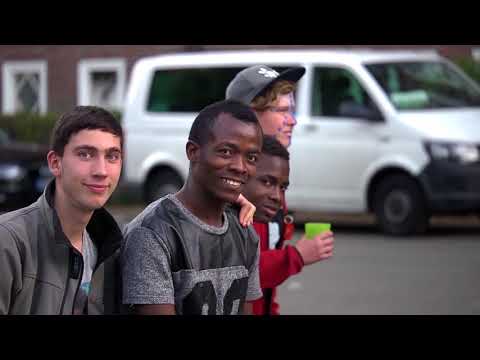 The video is about a 5-days-project in Fritz Schumacher School in Hamburg (one of our partners) with the Kigamboni Community Centre (Tansania) about the topic „climate justice“. The project realizes the cultural peer-to-peer-approach and results a lot of integrative aspects. The cooperation is part of theHamburg project „creACTive for Climate Justice“ of KinderKulturKarawane. 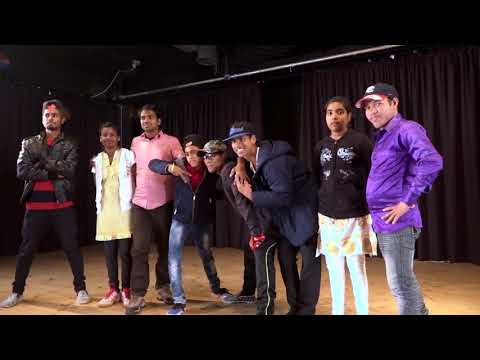 The video is about a 5-days-project in „Stadtteilschule Eidelstedt“ in Hamburg (one of our partners) with THE DREAMCATCHERS (India) about the topic „climate justice“. The project realizes the cultural peer-to-peer-approach and results a lot of integrative aspects. The cooperation is part of the Hamburg project „creACTive for Climate Justice“ of KinderKulturKarawane. 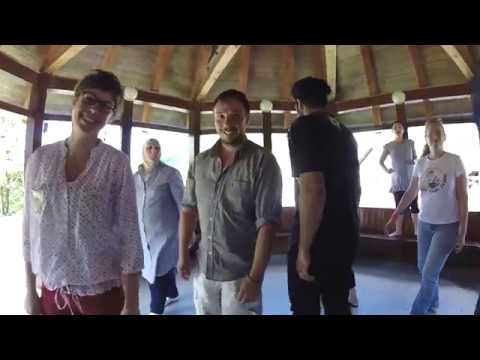 Theatre of the opressed workshops, which took place on camp of the worlds in 2017. Camp of the worlds offered a three day educational retreat in the nature for families from disadvantaged and refugee backgrounds and wider. It was organized for whole families, so parents and kids could come along. As such it was an unique opportunity also for the parents, since most of the camps are organized for youth/kids only. Global education approach was used, a lot of activities were based on peer2peer approach, theatre approach and implemented in the nature. Camps of the world were a great example of integration, where Slovenian families could meet, learn and exchange with diverse families from all over the world. It also offered families from the asylum home a chance to escape, at least for a little while, the walls of the asylum home and the reality, the long waiting they are facing. 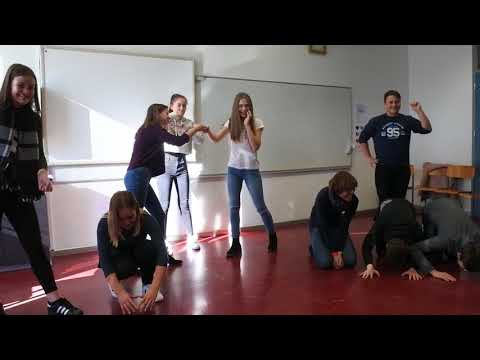 Club of global education teachers enables teachers to meet, to try out different global education methods, to offer support to each other and also inspiration. It was established by Association Humanitas in the beginning of 2018. So far the activities involved several methods enhancing empathy, sustainability, global solidarity, intercultural dialogue and action. Teachers learn how to involve global dimension in their school curricula. 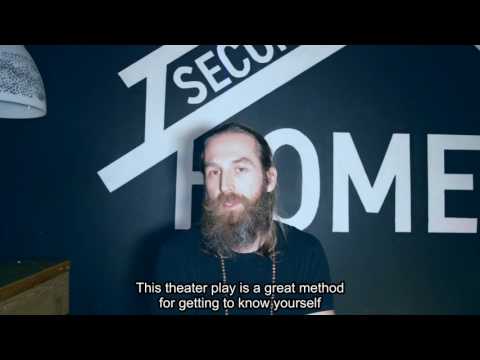 Through more than 40 repetitions of innovative experiential interactive traveling theatre show THROUGH THE REFUGEE's EYES (all across Slovenia) we created a (fraction of) experience of refugees and migrants on their difficult journey, and offer the possibility to put oneself in another’s shoes, thereby teaching empathy and promoting understanding; we created opportunities to feel the hate speech on your own skin, possibilities to question xenophobic reven racist prejudices and stereotypes; we raised awareness of the public of the real fates of the refugees living among us, who have been deported because of the negative applications for asylum or are in the process of waiting; broke many negative prejudices and stereotypes on the causes of migration and promote critical thinking and critical acceptance of information from the media and society; raised awareness of young people and the public about interconnectedness of environmental injustice, climate change and migration as key global issues and about their responsibilities and their active role in tackling common challenges facing humankind.
8 persons with refugee or migrant background were actively involved in the project activities, giving them unique opportunity to co-create the project design, story of the theatre show and expand their own social networks. 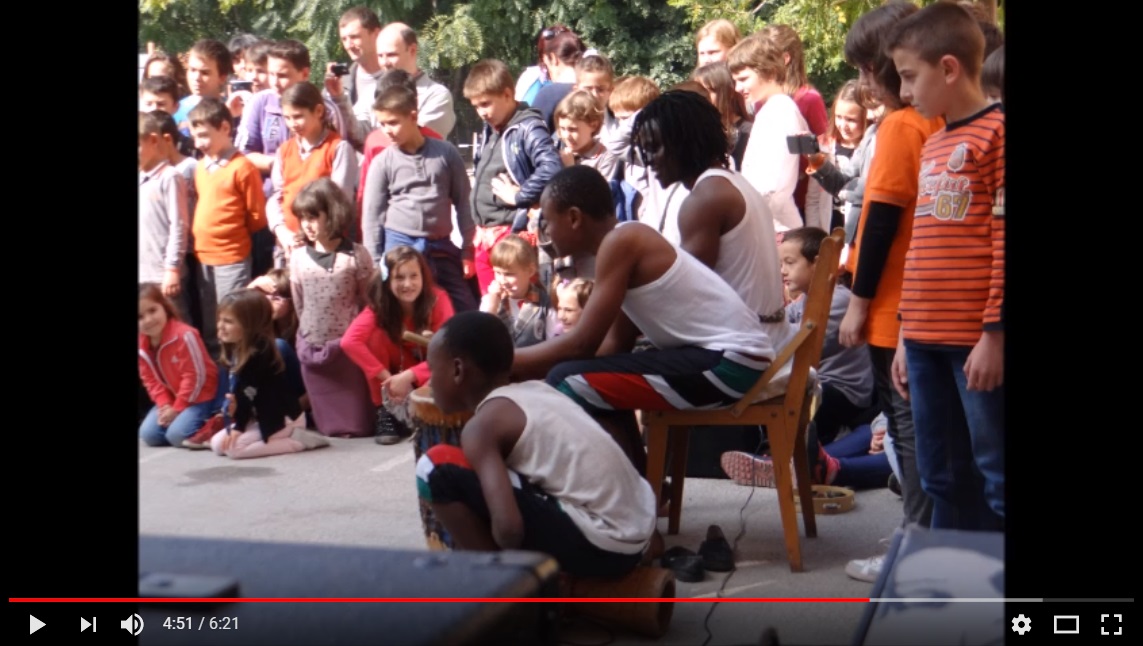 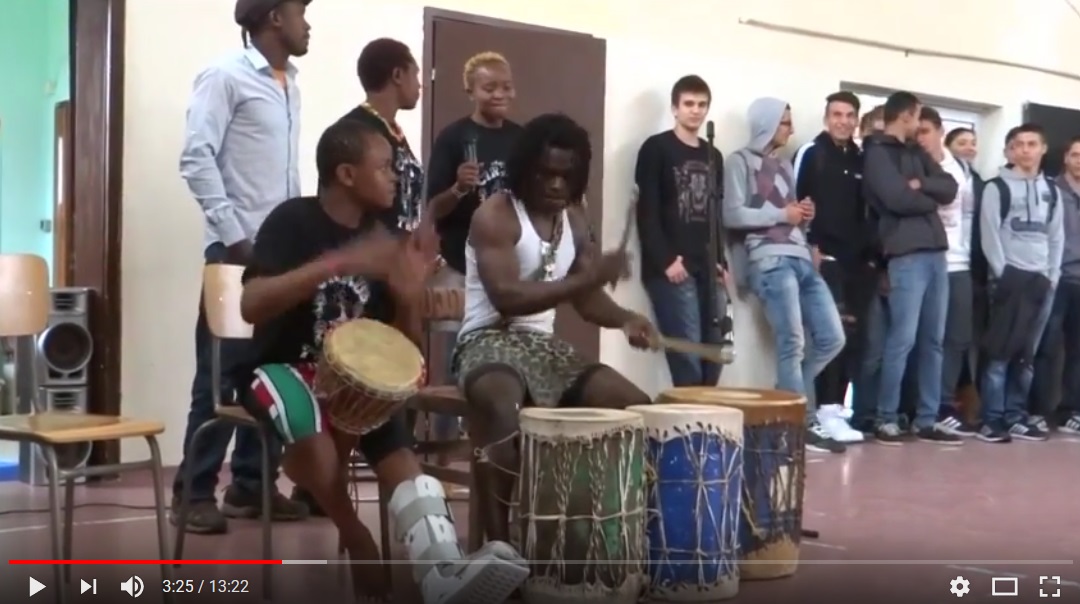 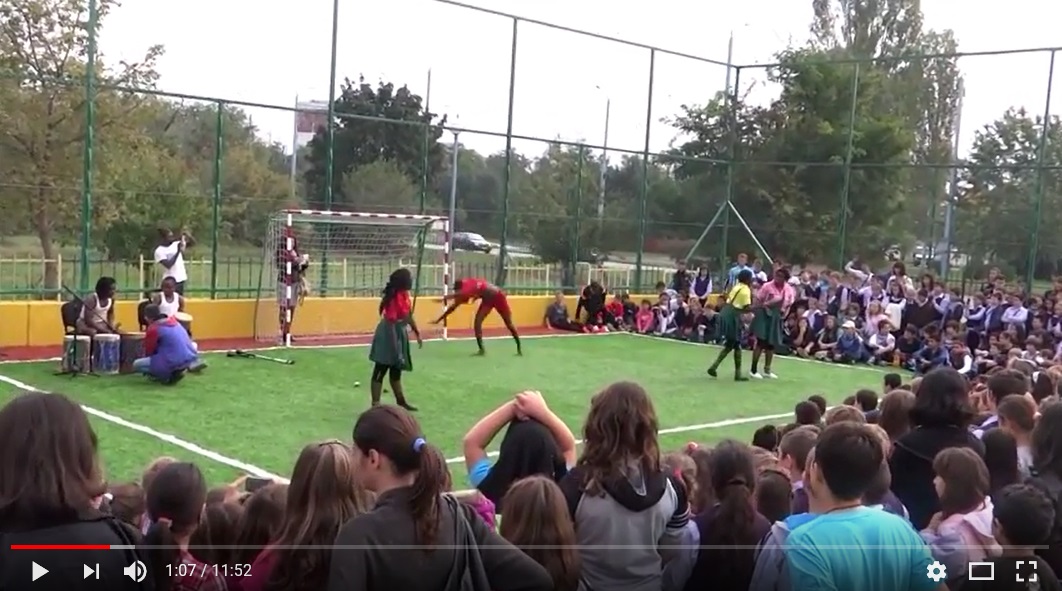 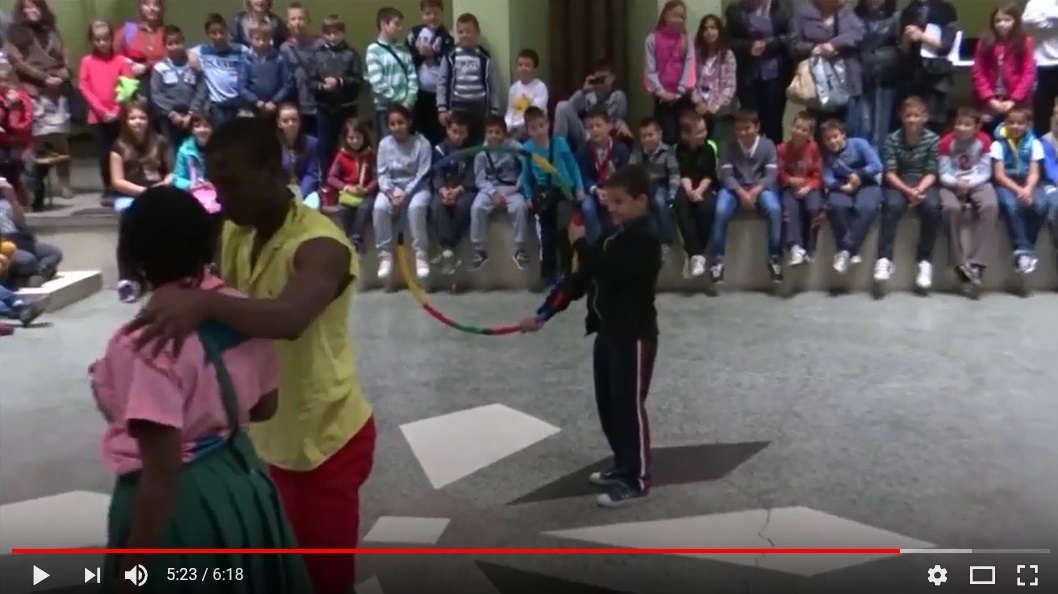 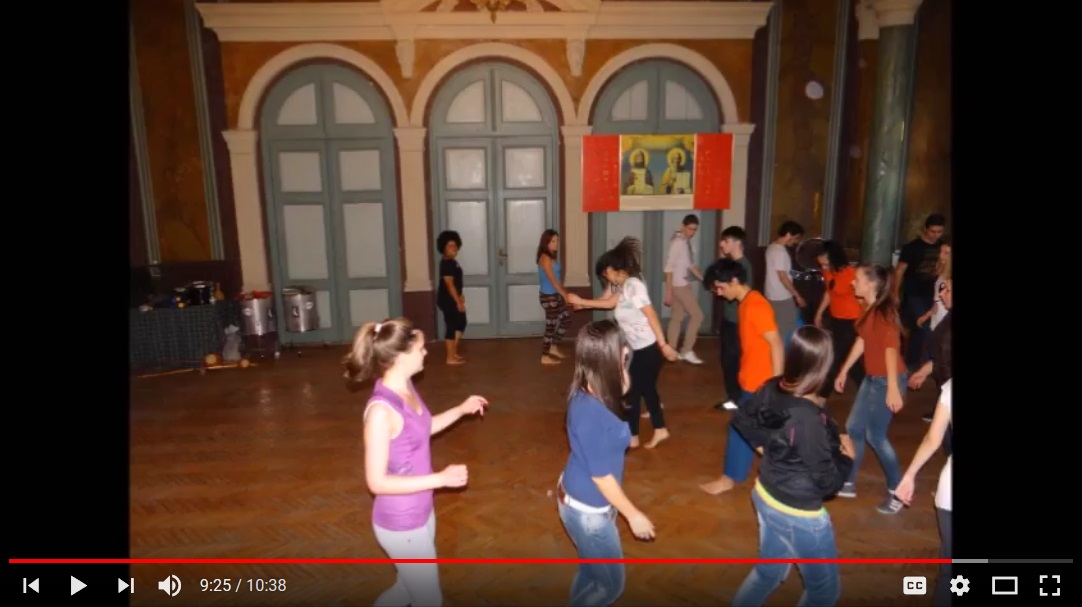 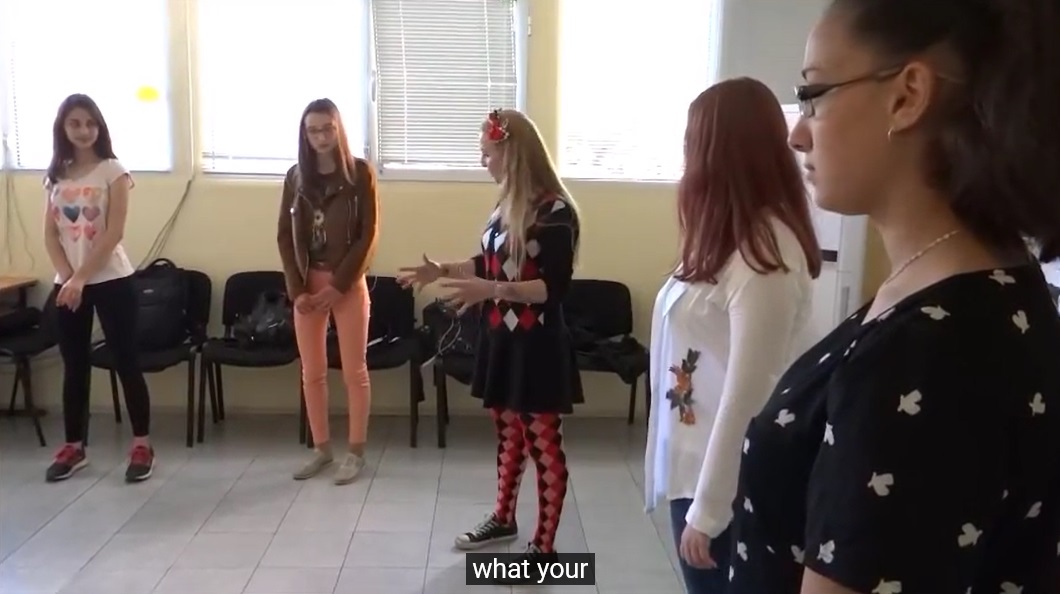 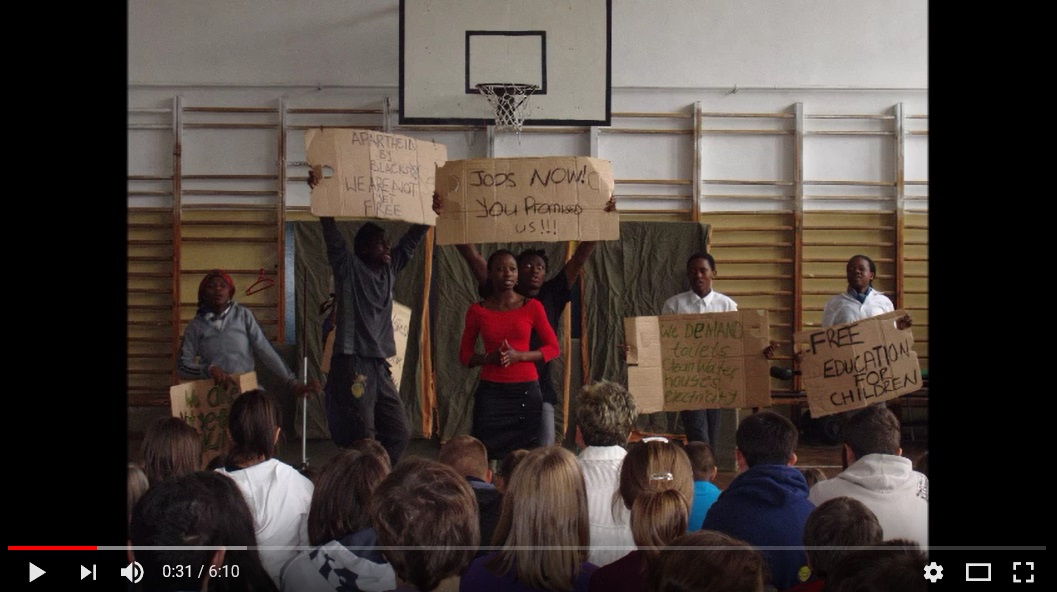 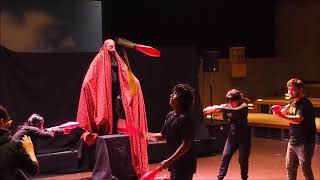